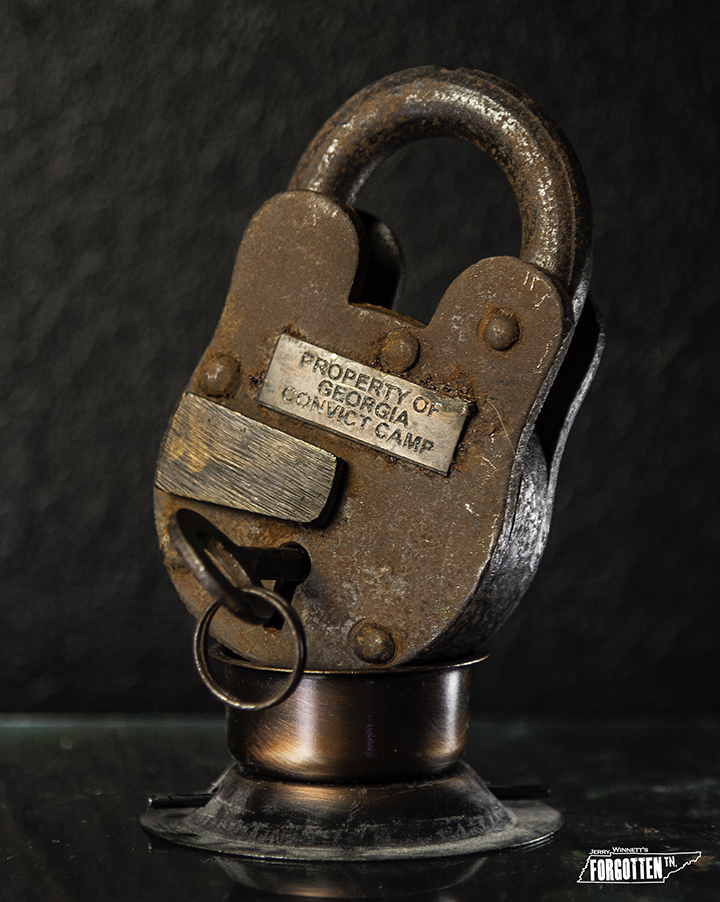 The other day I came into the possession of an old lock. The lock is huge, rusty, iron, and huge. It came with a key and it works! Now I’d seen this lock at a friends business and had wanted it for quite sometime. I had and still have several ideas of what I want to use this lock for as the focus of a photoshoot(s) and as a prop. I did a bit of research on the lock where I discovered it’s approximate age, manufacture and it’s sad and cruel past. Most likely this lock was made in 1868. Upon it’s face is the following “Property of Georgia Convict Camp”.

I was intrigued about this to say the least. So I did a it of digging and here is what I found. The lock came from a dark time when the State of Georgia leased it’s convicts out as labor. While some of the convicts were white for the most they were predominantly African American. These Convict Camps were a part of the Jim Crow Laws and the convicts were no more than slaves and the South’s continuance to exploit blacks as free labor which did not end until the 1940’s. To say the least I was and still am more than a sad that a bit of history I’d wanted has such a dark past. Will I keep it? Will I use it? I’ve not decided.